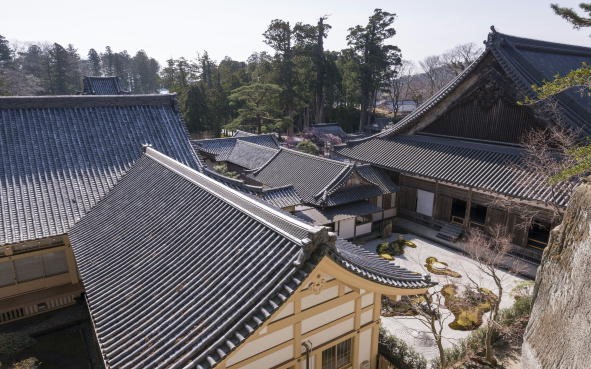 The official name of Zuiganji Temple is “Shoto Seiryuzan Zuiganenpukuzenji（松島青龍山瑞巌円福禅寺）”.
It is a Zen temple affiliated with the Myōshin-ji school of the Rinzai Zen sect .
It is said that the Enpukuji temple (延福寺) of the Tendai Sect was founded at the beginning of the 9th century by Priest “Jikaku Daishi Ennin” (慈覚大師円仁).
In later years, the lord of Fujiwara clan in Oshu, who ruled the Tohoku region based in Hiraizumi, also protected Enpukuji.
After the Fujiwara clan in Oshu was destroyed,the Kamakura Shogunate became its guardian.
However, in the middle of the 13th century, the Kamakura Shogunate “Hojo Tokiyori（北条時頼）” converted the temple to the Kenchoji school of the Rinzai sect headed by “Hosshin Shosai（法身性西）”worshiping him as the spiritual founder of the temple,and changed the temple name to Enpukuji (円福寺).
Enpukuji temple (円福寺) was very prosperous, but gradually declined through the Warring States period.
At the end of the 16th century, it was affiliated wih Myoshinji school of the Rinzai sect,which had spread all over the country.
After the Battle of Sekigahara, “Date Masamune（伊達政宗）” actively built shrines and temples that serve as spiritual basis for people.
In particular,Masamune was focusing on the reconstruction of Enpukuji temple (円福寺).
The large bell cast in 1608 has the inscription on it, “This temple was named Zuigan（瑞巌）”.
Subsequently,”Shoto Seiryuzan Zuiganenpukuzenji（松島青龍山瑞巌円福禅寺）” became the official name.
The building was completed the following year in 1609 after five years construction work.
From 1620 to 1622, wall paintings were applied to decorate each room in the main temple building .
The main temple building（本堂） and Temple kitchen（庫裡） are designated as national treasures because they are valuable buildings that convey the art of Momoyama period to the present day.
In 2018, a 10-year large-scale repair work was completed, and it was restored to its original form completed by Date Masamune. 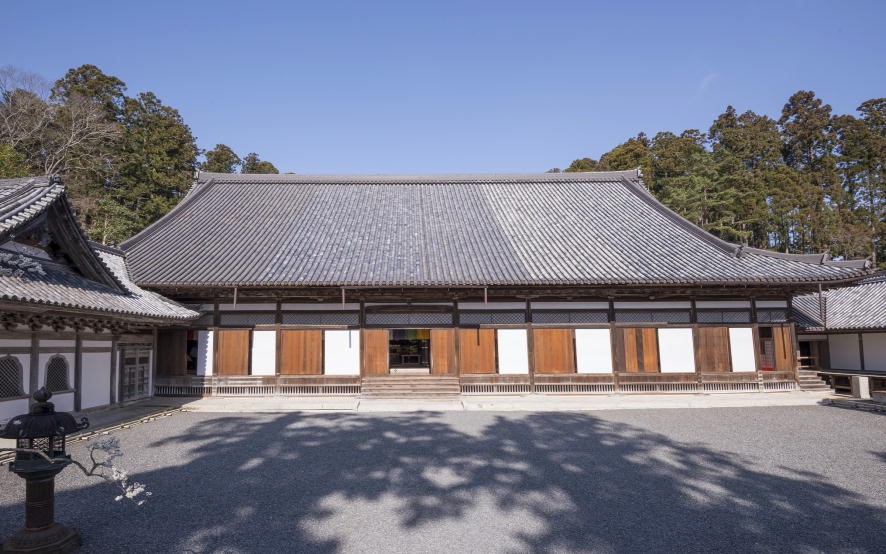 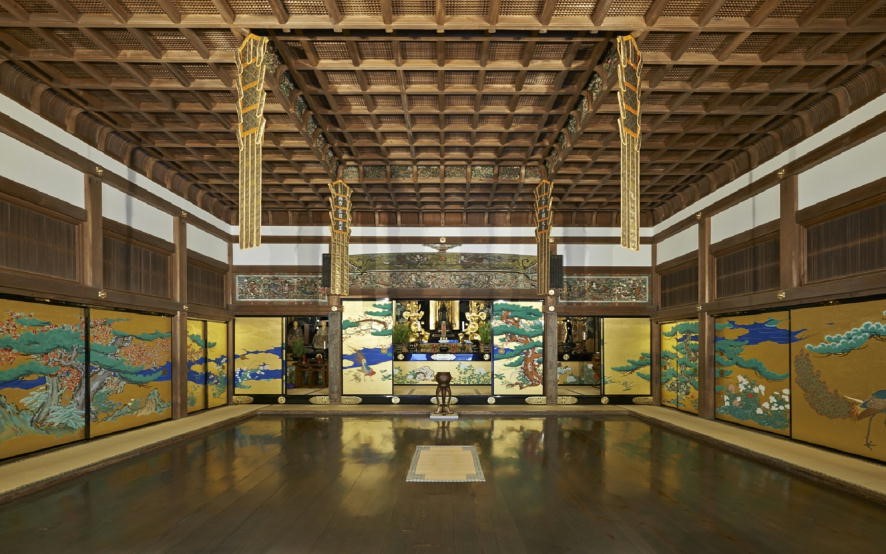 Zuiganji Temple was founded by “Date Masamune（伊達政宗）” and completed in 1609.
The main temple building is 38m in width, 24.2m in depth and 17.3m in height, and contains 10 rooms.
Each room is decorated with paintings and sculptures that matches its theme and each has a different ceiling.
It was designated as a national treasure in 1953.
With the exception of “The ink brush painting room（墨絵の間）”,each room in the main hall since 1985 has been completely restored to its original state.
You can actually experience the excitement that Date Masamune experienced 400 years ago. 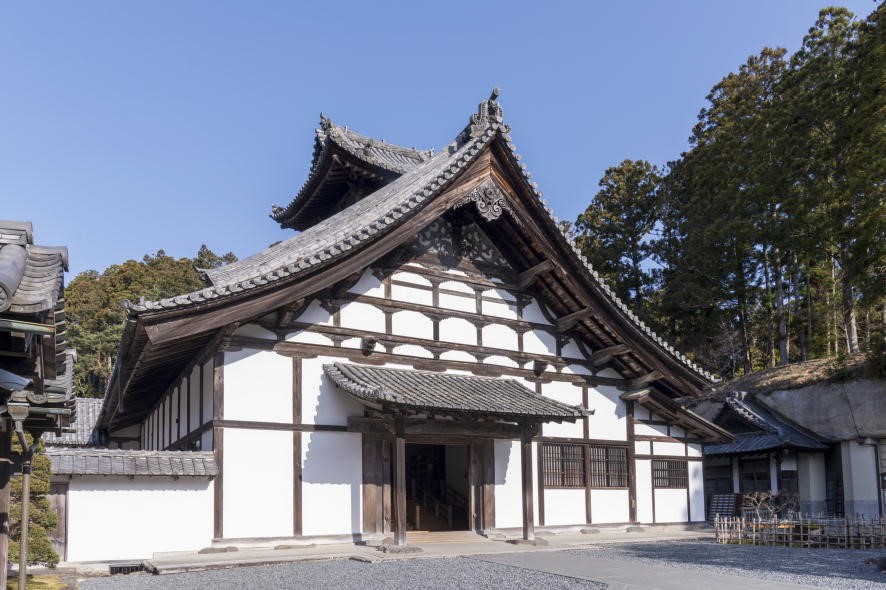 It mainly serves as a kitchen building for Zen Buddhist temples.
It is 13.8m in width and 23.6m in depth.
A small roof on top of a large roof helps to lead the smoke outside.
The intricately assembled beams and bundles at the top of the front and the magnificent arabesque carvings are beautifully placed on the plaster.
It was designated as a national treasure in 1959. 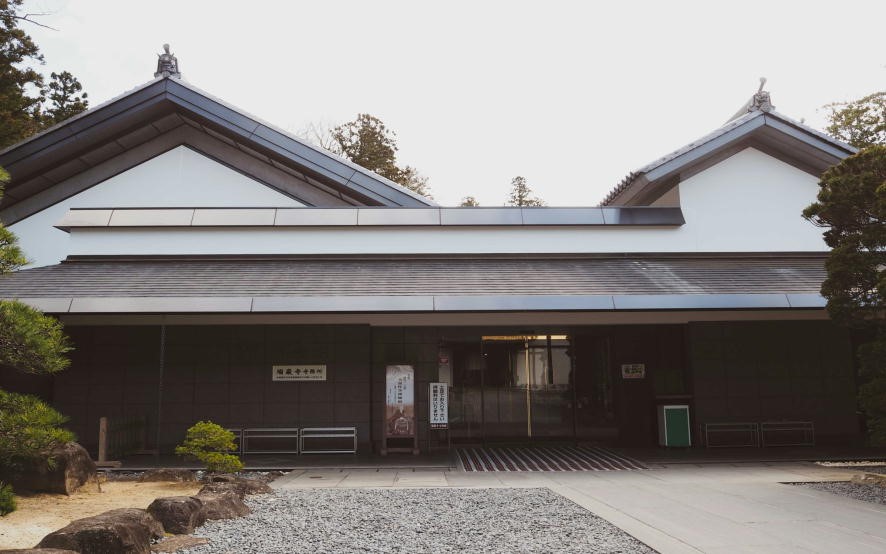 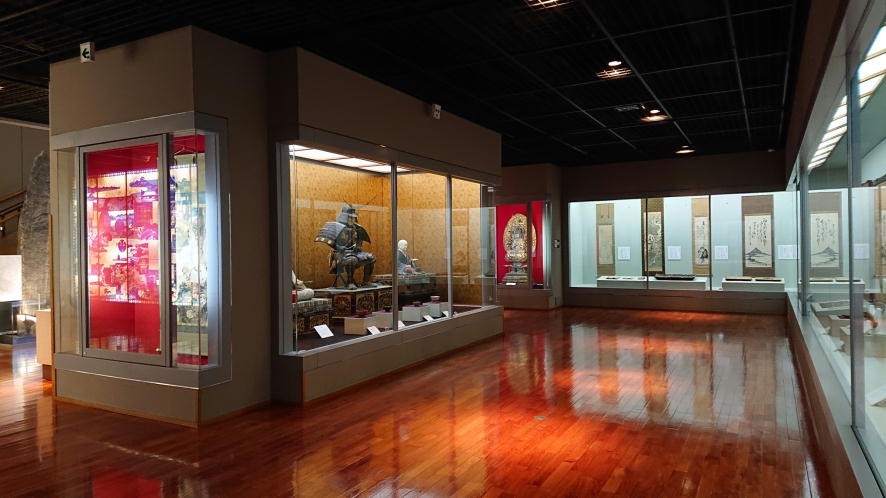 Due to the aging of the old Treasure Museum that opened in 1974, a new Treasure Museum was built in 1995.
In the new Treasure Museum, temple treasures are preserved, researched and exhibited.
The main collection is the main hall wall paintings of a nationally designated important cultural property preserved and restored in a 10-year continuous project,Date family related paintings and tea utensils,Zen monk calligraphies created by the Rinzai Zen culture,donated paintings and books,excavated items from the medieval Enpukuji Temple, the predecessor of Zuiganji Temple,and materials related to Matsushima.
The basement of the building is the exhibition room for permanent and special exhibitions, and the above materials are exhibited according to the season and theme.