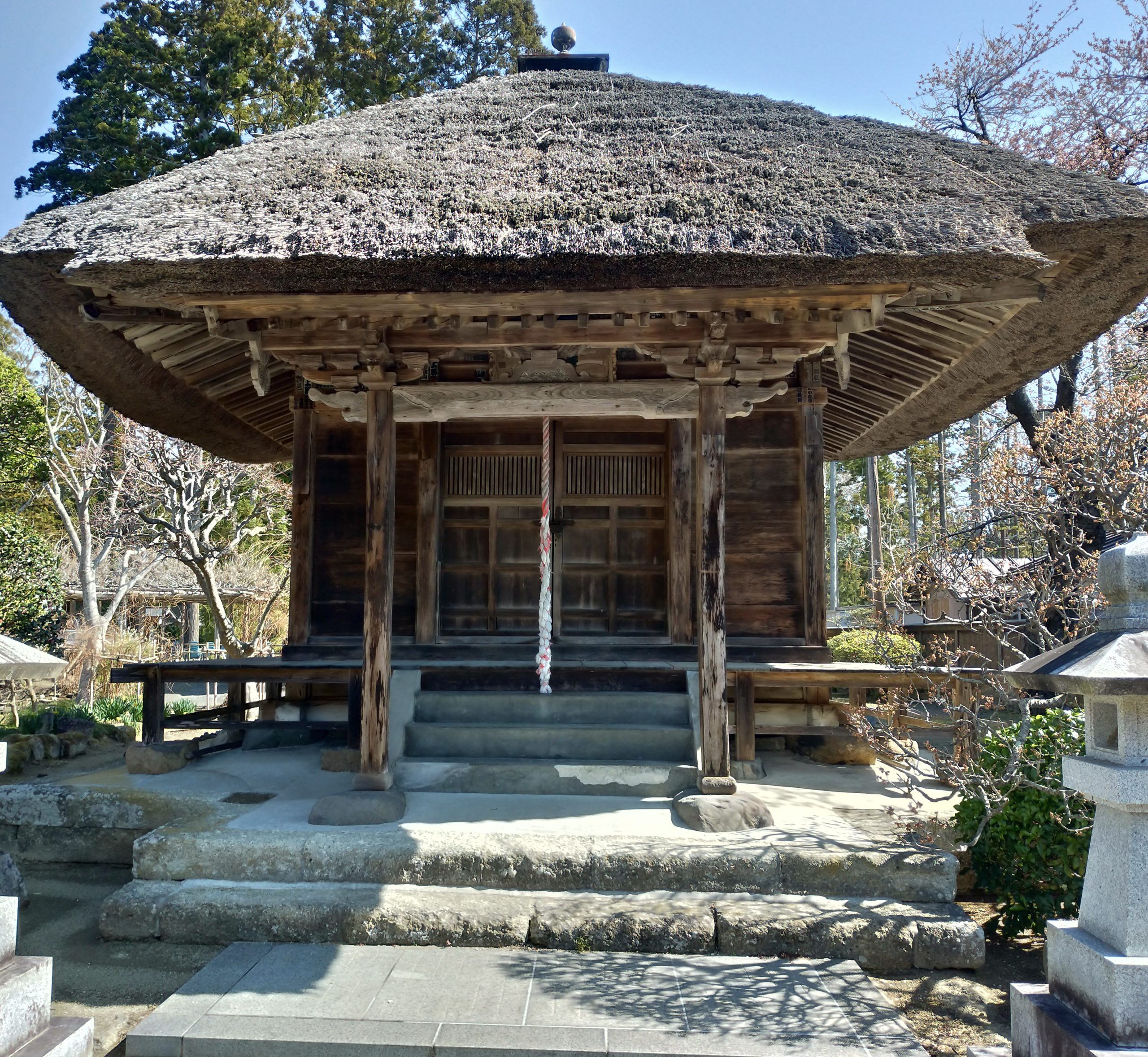 The Sanseidō temple was built in 1682 (Tenwa 2) by the Zen monk Hōuntōbaku (鵬雲東搏禅師), monk of the 101th generation of the temple.
The name of the temple meaning “The three-enlightened-men temple” was picked as it has been made to worship the bodhisattva Kannon Goddess of Mercy (聖観世音菩薩) on the front side of the building, Daruma (達磨大師) on the left side, and Sugawara no Michizane (菅原道真) on the right side.
Originally, the temple was situated along the road approaching the Zuiganji temple, but this road being part of the Zuiganji temple and the temple being prohibited to women more than 15 days per month, it was rather difficult for women to visit the temple. This is why the Zen monk Muan Jōgen (夢庵如幻) of the 104th generation moved it to its actual location outside the grounds of the temple to solve this problem and make it accessible anytime for women too.
One of three objects of worship, the bodhisattva Kannon Goddess of Mercy (聖観世音菩薩) is a work from the very beginning of the Kamakura period, and is said to be the Hachiya Kannon「蜂谷観音」(reference to Hachiya Kotarō 蜂谷小太郎 who was said in Matsushima folklore to be the heaven-sent child of bodhisattva Kannon in answer to Kotarō’s mother prayers to have a kid). Kannon festival day is on the 17th of each month, until recently women-only Kannon lectures were held but they are now abolished.
The「三聖堂」frame hanging on the front of the temple is a work by the hand of the Zen monk Hōuntōbaku (鵬雲東搏禅師) and its festival day is every year on the 25th of September.