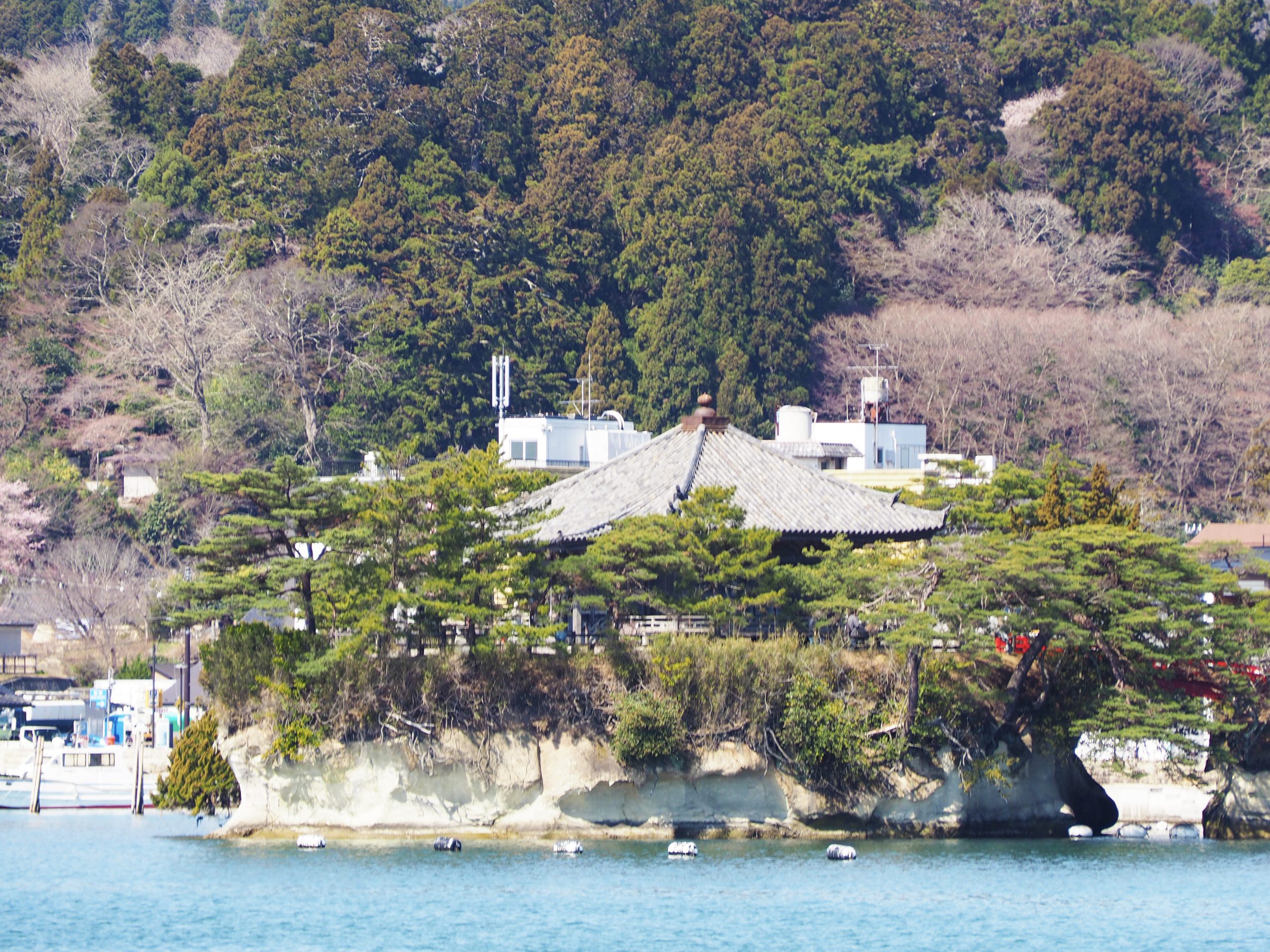 Built by Date Masamune in 1604 (Keichō 9), it is the oldest building of the Momoyama period in the Tohoku region. With its hongawarabuki (本瓦葺: roof with formal tiles) roofing style and hogyo-zukuri (宝形造: pyramid roof) roof structure, the building dimensions are 6.87 metres squared (方三間=22.68尺). On the kaerumata (蟇股: decorative curved wooden support on top of the main beam resembling an open-legged frog) of the aisle surrounding the temple are arranged carvings of the 12 signs of the Chinese zodiac, positioned accordingly to their position on the Chinese astrological calendar. On the frame hanging on the front of the temple it is carved「五太堂」but actually the exact character is「大」and not「太」. We assume that this is the monk of the 5th generation of the temple Tenrei Shōkū (天嶺性空禅師) who played around when creating it.
The statues of the Five Wisdom Kings (五大明王) sculpted by the hand of the Monk Jikaku Daishi (慈覚大師) between the late 10th century to early 11th century and designated national important cultural assets are hidden in the zushi (厨子: miniature shrine in a temple). The statues are positioned as follows: Acalanātha in the center, Trailokyavijaya in the East, Kuṇḍali in the South, Yamāntaka in the West, and Vidyārāja in the North.
The statues being images of Buddha normally withheld from public view are revealed to the public only once every 33 years. The next time will be on the 20th August 2039 and a festival will be held on this opportunity.
The bridge leading to the Godaidō temple called 「すかし橋」(sukashibashi-bridge) has the particularity to look like a ladder alternating between a plank and an empty space of about 15 cm opening directly to the void and revealing the water under the bridge. There are 2 vertical planks to make it easier to cross for people but originally the bridge was built without them and some of the traveller’s journals dating from the latter period of Edo talk about people who were too scared to travel. 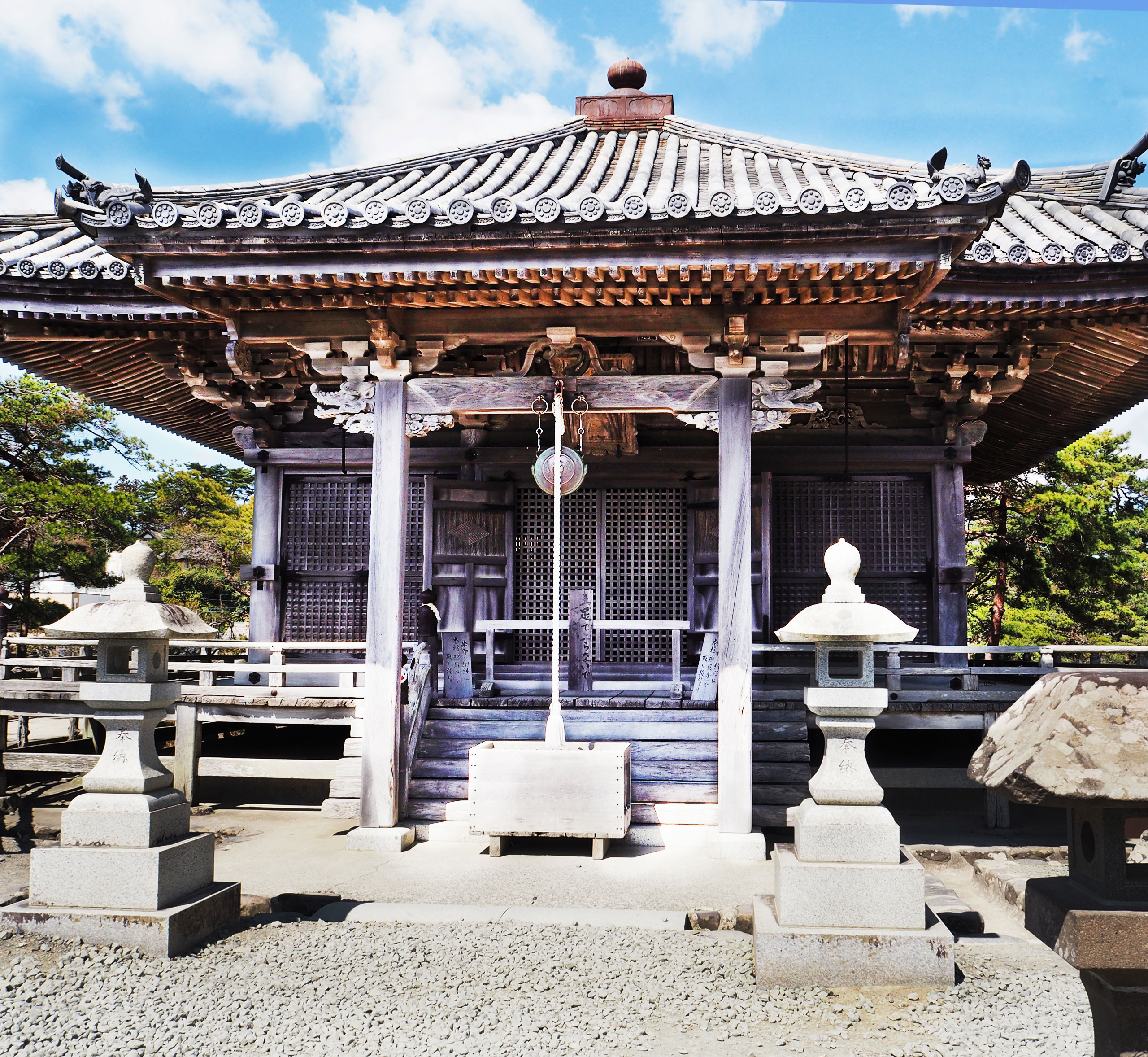