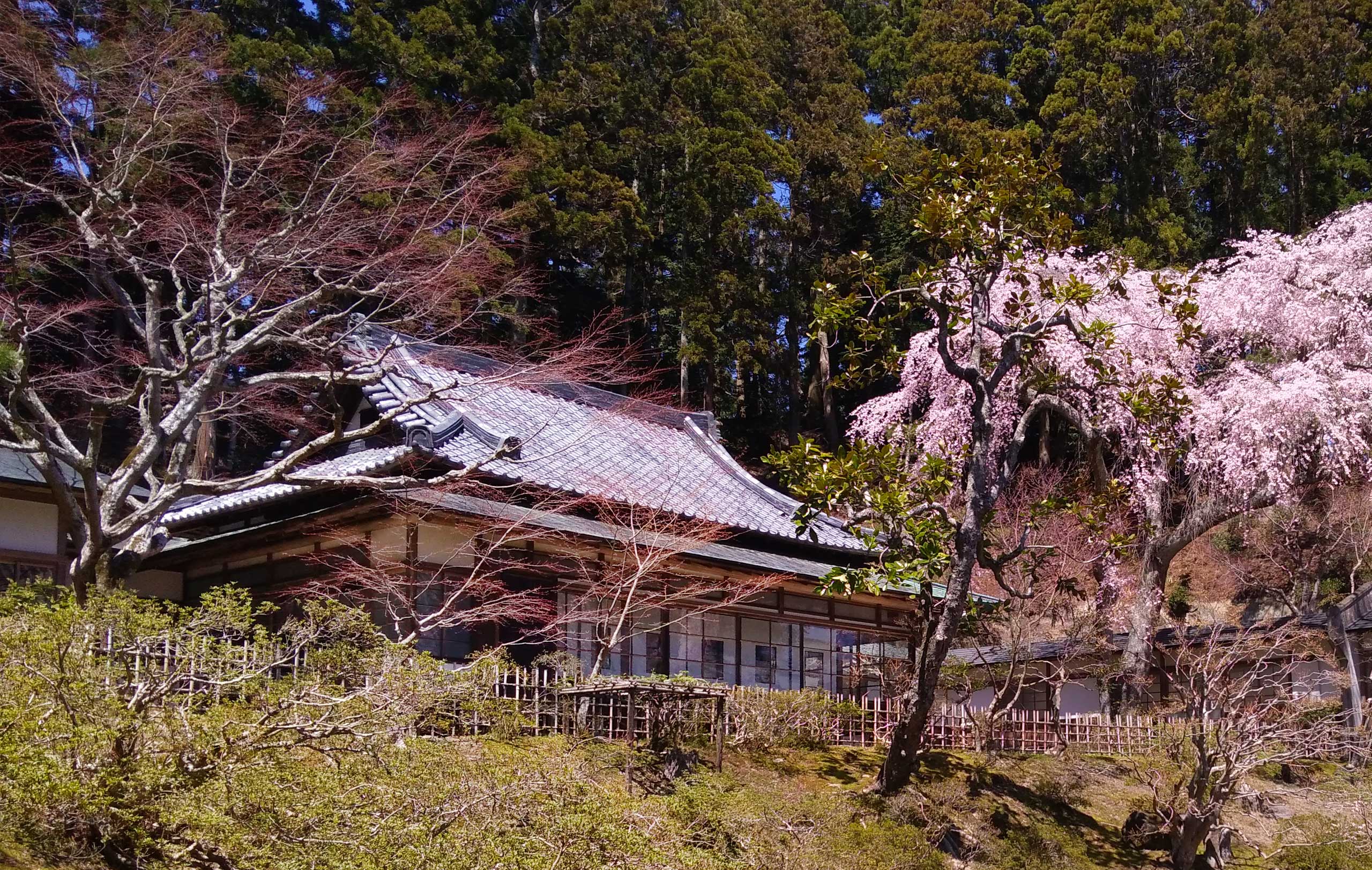 In 1899 (Meiji 32) during the flood of Kitakamigawa river a bogwood of Japanese zelkova of a bit less than 1.5m of diametre and a bit longer than 9m was discovered. At that time, Mister Yagi Kyūbee (八木久兵衛) a wealthy banker bought the bogwood and built a drawing room solely made of it in a garden in Sendai Minamirokken district (仙台市南六軒丁, the actual Sendai Tsuchitoi Tohoku Gakuin University campus 仙台市土樋・東北学院大学構内). The construction started in 1903 (Meiji 36) and was completed in 1908 (Meiji 41). The building dimensions are 5間×3間 (間, ken: counter used to number the gaps between pillars, 1間=1.818 m), with a passageway measuring a semi-ken (半間~90cm) and going all around the building. It bears the name of 自然堂 (magnificent nature).
In 1943 (Shōwa 18) to avoid damage, Mister Yagi donated the building to the Zuiganji temple. The building was dismantled and reconstructed at the back of the main temple building (本堂). At first the building was named Gounkaku (五雲閣) but before one could realize, everybody was referring to it as the Umoregishoin (埋木書院), it naturally became its actual name. The building is now used as a drawing room for guests of honor and is not open to the public.