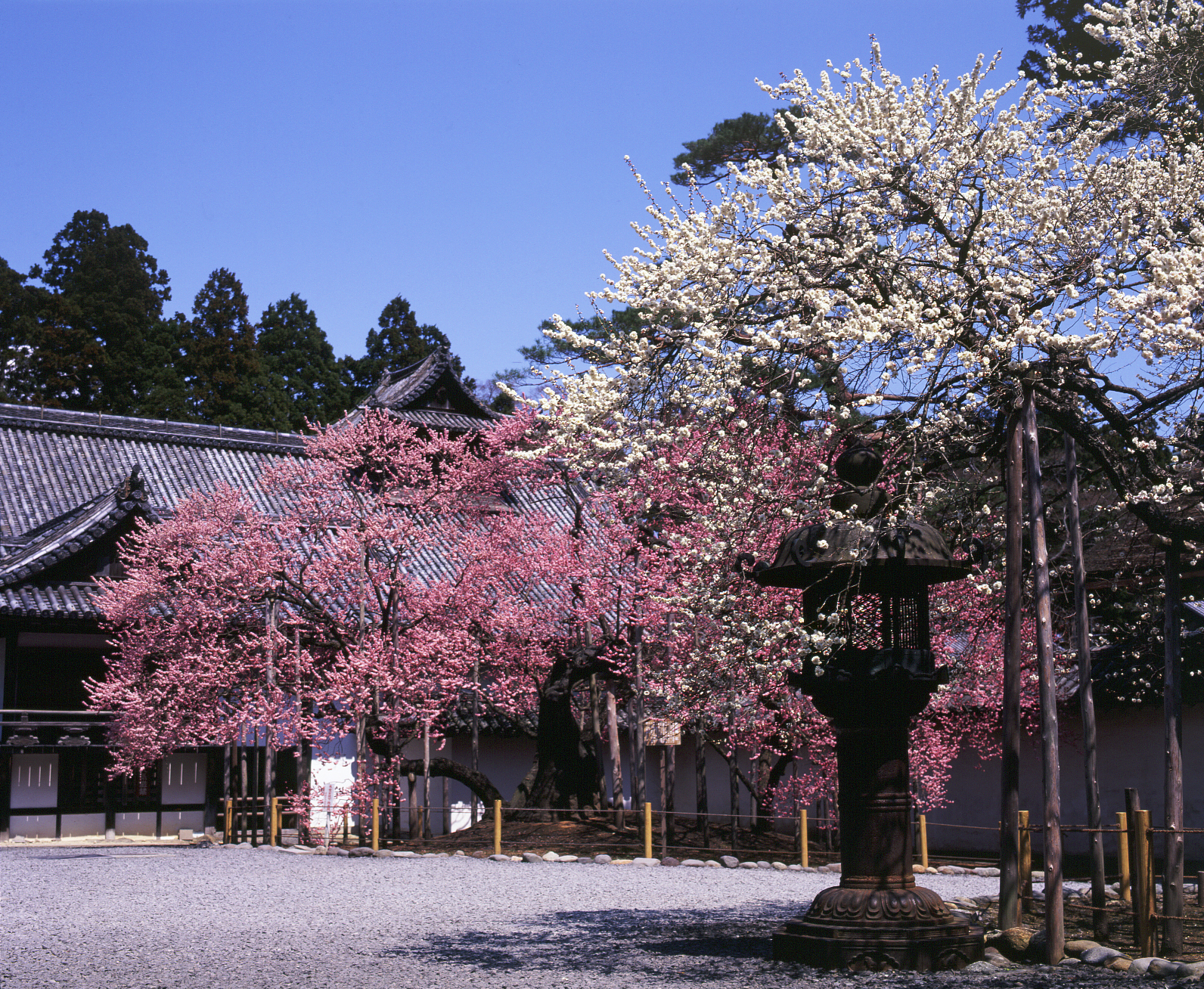 Masamune brought back two plum trees from the Korean peninsula and personally planted them at the Zuiganji temple on the 3rd March 1609 (Keichō 14) on the occasion of the ridgepole-raising ceremony. When entering by the central gate (中門), the red plum blossom tree is on the right and the white plum blossom tree on the left. The trees are over 400 years old and bear the name of Garyūbai (臥龍梅) due their shape resembling a lying dragon. The characters for 臥龍梅 literally mean “laying down dragon plum tree”. The blooming period is between the beginning of March and the end of April, and both trees produce large double-blossoms. As each of the 8 pistils of the flower turn into bunches of fruits, it is also called 「八つ房の梅」(8 bunches plum tree). 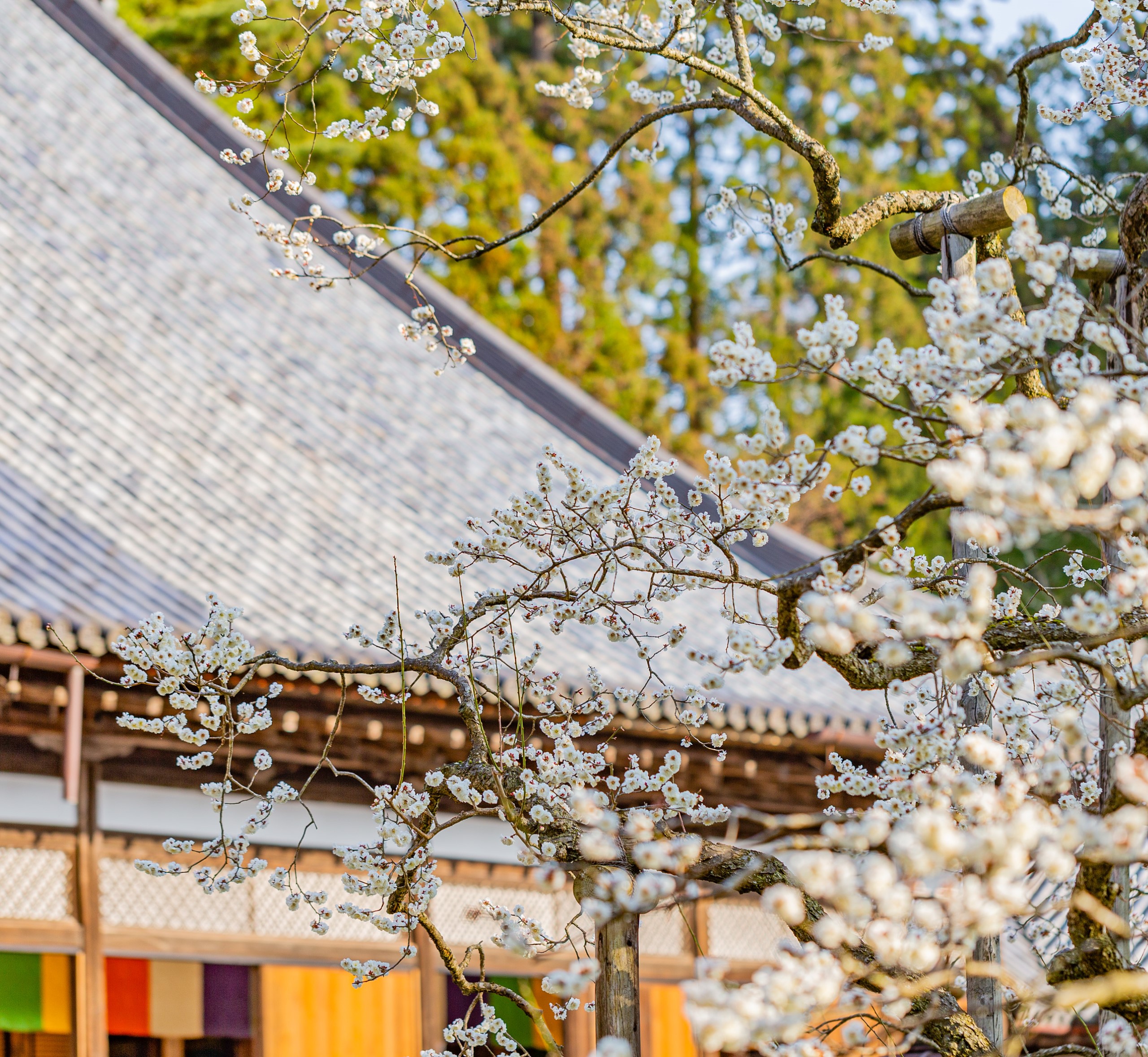